Duehl K, Rheinberg, Juli 2020
As a companion, I am horrified. The appearance of the clinic staff is dismissive, patronizing, not emphatic. I am appalled at the way people looking  [...]

As a companion, I am horrified. The appearance of the clinic staff is dismissive, patronizing, not emphatic. I am appalled at the way people looking  [...]

If you are looking for help or want to help someone - stay far from this building! I can only advise everyone against turning to this cruel  [...]

This review is part of my other review here. (v g t) I originally had 2, but it was removed for inexplicable reasons. Maybe someone who couldn't cope  [...] 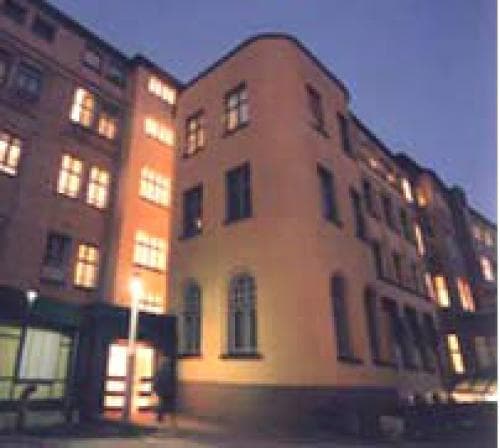 As a companion, I am horrified. The appearance of the clinic staff is dismissive, patronizing, not emphatic. I am appalled at the way people looking for help are received. If you criticize that, you will be sent out. Then you can be instructed to pull yourself together as you please. Incomprehensible

If you are looking for help or want to help someone - stay far from this building! I can only advise everyone against turning to this cruel institution. Here is treated exclusively with strong medication. The drugs are extremely questionable and have the worst side effects, spasticity, cramp impotence, etc. If you are not "insightful" or just do not want to take the medication and ask for alternative treatments, you will be force-treated. Here the will is to be broken until one shows insight. Otherwise the treatment would violate applicable law. Here you are not far from the Nazi era. Human rights are violated and trampled on. The alternative therapies are eyewash. First and foremost, you have to take medications with strong, extremely serious side effects that calm you down but do not help. Even if you are not conspicuous in any way. With Dr. Matthias Baier and wife Andrewa, who learned their craft of defamation in Russian psychiatric clinics, are cold-headed. This is exactly the kind of medicine that was used in the Nazi era. Completely unempathic, ice cold and merciless. With few exceptions, doctors primarily have power instead of competence. The diagnosis is made according to the most profitable case flat rate and so a privatized hospital can treat perfectly healthy people if necessary with extreme profitability. It is questionable whether you can still get out. It can happen that you came voluntarily but can no longer go. The Rheinberger Schützenverein mentality helps with the local judiciary to compulsorily occupy this shabby "hotel" for € 350-500 a night and the legal reasons for own or third-party risk are quickly extracted from your fingers. The non-measurable and verifiable soft "science" of psychiatry and the steadily growing DSM always help to find a reason. It is never checked anyway and nobody takes the "sick" seriously anymore and the environment is sufficiently informed about his "illness" - or he "slandered". And so illness turns into an economic stimulus and secures jobs. Federal treasury funds flow into the small Rheinberg. Gratefully supported by the judiciary in favor of Rheinberg as a business location. How that with the basic right to physical integrity - the fact that any medical treatment without consent is a physical injury and that human dignity is compatible, is puzzling to me And everyone is in the boat. Have fun at the Rheinberger Schützenfest. PS: More people work in the German psychiatric industry than directly and indirectly in the German automotive industry.

This review is part of my other review here. (v g t) I originally had 2, but it was removed for inexplicable reasons. Maybe someone who couldn't cope with criticism. I feel compelled to write another, why I will explain the following. At the moment a friend of ours is also in the clinic and we wanted to visit her a few days ago. We were denied access on the grounds that only relatives and no ex-patients are allowed on P1. First, it is a lie that only relatives are allowed in because another friend was allowed to visit them. And that no ex-patients are allowed in is unfortunately also a lie. I called yesterday, the lady at the gate could not give me any information about why she connected me to P1. There I spoke on the phone with a nice, well-known nurse. I described the situation to him and he helped me as much as possible, for which I thank him very much. And at the end of the call it came out that the medical team decided that I would not be allowed access. When I found out the truth, I was of course quite speechless because there is absolutely no reason for it and it is hardly ridiculous in ridiculous terms. Out of ignorance, the nurse was unable to give me the exact reason. As I said, completely incomprehensible and without reason. Certain people probably don't get along with criticism or the truth. All I wrote was my experience as it was. I have no reason to think of something that is wrong. And I know very well that you, Ms. Walter Riedel, are largely responsible for this. I didn't do anything to them so they have no reason to have anything against me. On the contrary, I am the one who must and have a problem with them. I hate them and will do so for the rest of my life after they have given me this absolutely stupid saying (The world would not be poorer if I were no longer there). Nothing in the world could have justified this sentence. And worse since I didn't do anything to them. But according to them, I hadn't belonged to P1 for a long time and I would only have acted. The two sentences fell on the same evening. You should just be ashamed of yourself. And I know you're reading this. The attempted suicide came after that, and her saying definitely helped. In the other stations they treated me like the last dirt if they saw me. I still don't know what their function is in this psychiatry, but they are definitely not out of place there. In the end, I can only laugh at her and the medical team, which decided to deny me access. I don't think that Ms. Lisicki (sorry if it is misspelled) is one of them, because she was the only one who understood me and us and made sure that we stayed together. I will be grateful to her for this to this day and forever! But she .. yes she .. Ms. Walter Riedel .. I will hate to the end. :-)